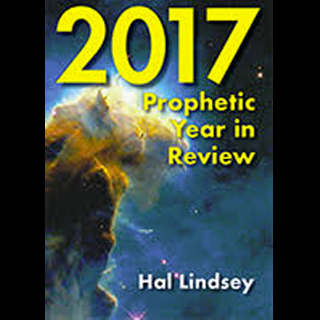 Hal Lindsey examines the dramatic new implications of 2017 in light of Bible prophecy. Jesus said that in the last days, “you will hear of wars and rumors of wars” (Matthew 24:6 NKJV). But 2017 was different. It was rife with rumors of warfare at a level never seen on earth before. Hal’s look at 2017 starts with two nations at the heart of those rumors. One or both may one day make up part of an alliance known in Bible prophecy as the “Kings from the East” (Rev 16:12 NASB). Let’s begin with China. In its end of the year report the Eurasia Group said that China leads all geopolitical risks going into 2018. The great source of war rumors last year was North Korea. Also in 2017, North Korea claimed to have tested their first hydrogen
bomb. On July 4th North Korea launched its first Intercontinental ballistic missile. North Korea also seems to have another trick up their sleeve – bioweapons. Muslims have been streaming into Europe for three decades and the “holy wars will soon begin.” ISIS inspired terrorists lurk in the shadows. They killed thousands of innocent people last year. Isis terrorists are not limited by national boundaries. In Israel, since the time of Abraham, the small acreage on top of the Temple Mount in Jerusalem has been one of the pivotal locations in world history. The continuing battle against Israel seems illogical until you realize the spiritual dimensions of it. Outside of the life, death, and resurrection of Jesus, nothing proves God’s faithfulness to His word like the Jews and the nation of Israel. Jesus disciples asked about signs of the last days. He began by giving this warning about those days. “Take heed that no one deceives you” (Matt 24:4 NKJV). We live in the age of deception, fake news, false advertising and viral lies. Another sign of the end times is an increase in the persecution of Christians.  In July of 2017 a company in Wisconsin finally implanted tiny computer chips into the hands of about 50 employee volunteers. These cryptocurrencies foreshadow a future world currency controlled by the Antichrist. China is building the largest DNA database in the world. In Romans 8:22 (NASB) the Apostle Paul wrote, “The whole creation groans and suffers the pains of childbirth together until now.” Hal Lindsey’s 2017 Prophetic Year in Review puts planet earth into the future, but God is in control.