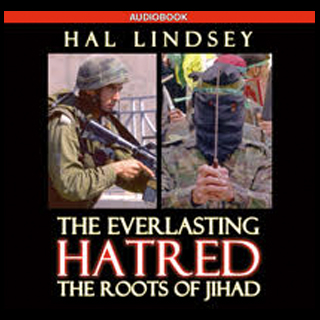 A Hatred that Has Lasted 4000 Years . . .ON SEPTEMBER 11th, an ancient fight-to-the-death conflict exploded on the shores of the U.S. though most Americans didn’t realize it, we were already involved in this struggle that is driven by a hatred that goes back 4000 years. In the aftermath of 9/11 most Americans are asking: Why do most Muslims hate Jews? Why do Islamic Fundamentalists hate the United States and call it “the great Satan?” Why did Islamic terrorists sacrifice their own lives to kill Americans? Do Islamic Fundamentalists have access to weapons of mass destruction? Could Islamic terrorists imperil the survival of the United States? What light does Bible prophecy shed on this? Does the Koran call for violence and conquest? Are the Islamic fundamentalists an aberration of the Muslim religion, or are they — as they claim — the “true followers of Mohammad”? Islamic Fundamentalism’s purpose is to replace the Judeo-Christian world order with an Islamic world order. Every American needs to understand the enormity of the threat we face and why. This book will answer these questions with evidence from both Biblical and secular history.  It will also bring new hope for the coming “perilous times.” 7 CDs, narrated by Joel Wheldon.