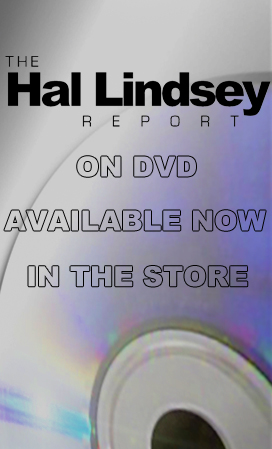 According to the media, on March 16th, Israel’s Benjamin Netanyahu told the world there will never be a Palestinian state as long as he serves as Prime Minister.  There’s only one problem.  That’s not what he said.

Here’s what he actually said.  “I think that anyone who is going to establish a Palestinian state today and evacuate lands is giving attack grounds to radical Islam against the state of Israel.  There is a real threat here that a left-wing government will join the international community and follow its orders.”

The key word is “today.”  That means, “Under the present circumstances”… “As things are now”… “In the current situation.”  “Today” does not mean “forever.”

In media coverage, we rarely hear the actual quote. Instead, they describe him as saying “as long as I’m Prime Minister.”  But he didn’t say “as long as.”  He said, “Today.”

The New York Times characterized Netanyahu’s statement as “declaring definitively that if he was returned to office he would never establish a Palestinian state.”

The Daily News seemed to be one of the few major news outlets to examine Netanyahu’s actual words.  Their editorial showed how reasonable his comments were.  “Israel would necessarily have to surrender territory to the Palestinians under any two-state pact,” they wrote.  “Netanyahu’s indisputable point was that doing so, as the facts on the ground now exist, would better position hostile forces to launch assaults.”

The media loves what they see as the story of the “real Netanyahu” coming out in the heat of the campaign, and showing his true feelings regarding a two-state solution.  Why should they bother with the facts when the fiction perfectly fits their prejudices?

The Obama administration also seems intent on reading the worst into Netanyahu’s statement.  The Department of State is the department of diplomacy.  They usually bend over backwards to see the words of foreign leaders, especially allies, in the best possible light.  Yet, the opposite is happening here.

In an interview with the Huffington Post, President Obama said, “We take him at his word when he said that it wouldn’t happen during his prime ministership, and so that’s why we’ve got to evaluate what other options are available.”

The president and his team have decided that under Netanyahu’s leadership Israel will never give up East Jerusalem, nor negotiate away Israel’s national security.  They now believe that a negotiated peace is not possible.  So their new plan seems to be an imposed peace.  They’re using Netanyahu’s statement (the one he never really said) to give them political cover for turning against Israel.

The president misrepresented the prime minister’s position, then said, “That's why we've got to evaluate what other options are available….”

The Security Council is the only United Nations body authorized to issue binding resolutions to member states.  The one safeguard is that permanent members of the Council have veto power over such resolutions.  In the past, the U.S. used its veto power to protect Israel.  But the U.S. now threatens to use Netanyahu’s supposed comment as an excuse to remove its protection.

On April 1st, the Palestinians will officially become part of the International Criminal Court.  Their expressed purpose in seeking membership has been to gain the ability to file war crimes suits against Israel.  Will America have Israel’s back?  It’s being “reevaluated.”

The BDS movement (Boycott, Divestment, and Sanctions) against Israel has had little impact so far.  However, the United States government’s newly inflamed anger against Israel gives anti-Israel and anti-Semitic attitudes new political cover.  In fact, rage against Israel has become politically correct on university campuses worldwide, and from there it’s spilling over into the streets.  If the U.S. government turns on Israel, the rage will go unchecked.

Will the United Nations be allowed to simply draw new borders at its own whim?  Will Judea and Samaria be stolen from Israel by international fiat?  Will trade restrictions on Hamas-run Gaza be removed allowing that terrorist organization to openly import its weapons of terror?  Will East Jerusalem be taken from Israel and given to the Palestinian Authority, a group now actively partnering with terrorist Hamas?

The angry U.S. response to Netanyahu has had the effect of hardening Israel into a position it never took and the U.S. never wanted — no two-state solution, no more dividing the land.  Interestingly, that has been God’s position all along.  In Joel 3:2, the Lord speaks of judging those nations who “have divided up My land.”

America has been Israel’s staunch defender for many decades.  But Zechariah 12:3 speaks of a time when “all the nations of the earth will be gathered against” Jerusalem.  Is the United States now turning to this dark side?

Folks, things are happening fast.  The return of Jesus is very, very close.